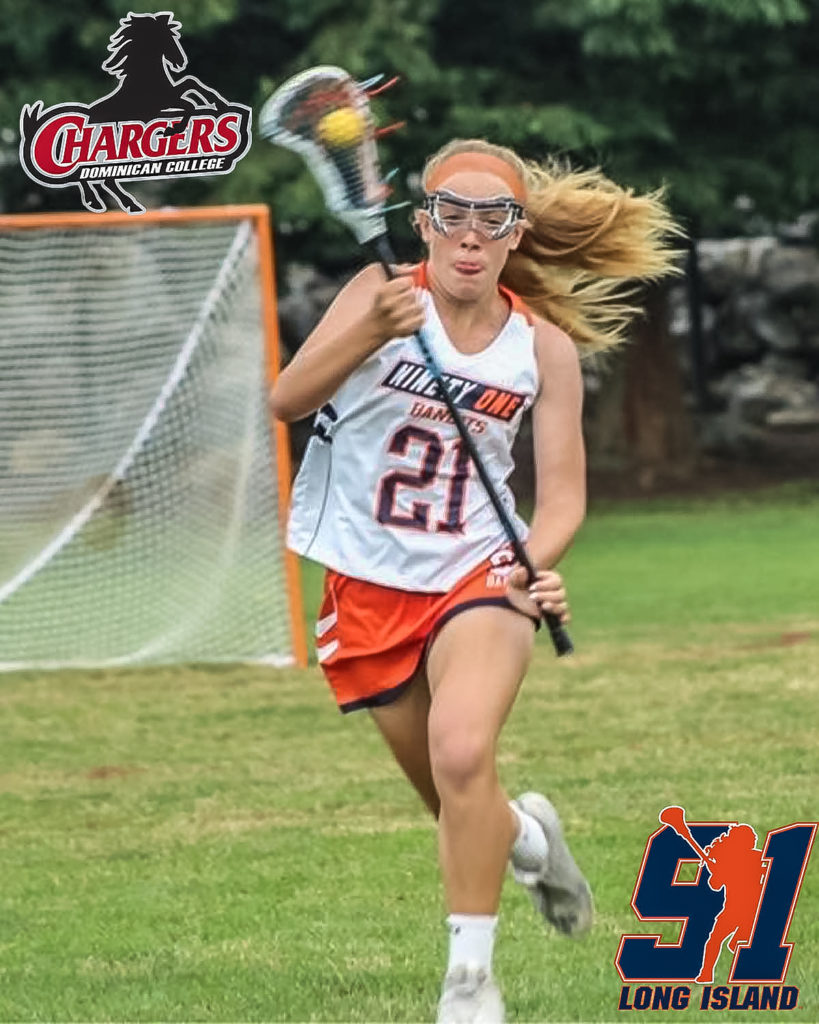 Emily Murtha felt a bit of anxiety when it came to going through the recruitment process.

The Team 91 Bandits 2023 defender by way of Floyd knew that things would pick up this fall when schools could first start reaching out to prospects in the class of 2023. She didn’t really know what to expect, from which level she’d play at to where she’d end up.

It helps to have someone like her father, Mike, in her corner. The Bandits coach has helped countless girls reach their collegiate goals, so when it came for his daughter to go through the process, he knew how to settle her nerves.

“At first, I was very stressed out, but my dad told me that there’s a college for everybody,” Murtha said. “People go Division I, II or III, and you have to go to a school that fits you and where you’re going to play. It’s very stressful, but that definitely helped.”

Murtha had burnished her recruiting résumé in her time with the 91 Bandits, as well as for her high school team. She started as a sophomore for Floyd and earned all-county honors, then helped anchor a stingy 91 defense this summer. She’d proven herself as a more-than-capable collegiate defender, earning Division I, II and III interest in the process.

Ultimately, though, she knew that she’d found her home when she visited Division II Dominican.

“I loved the coaches and the girls there,” Murtha said. “They felt like a family and always hung out together. They never excluded anyone. The campus was also really pretty.”

It wasn’t much longer after that that she committed to the Chargers, joining a long line of Team 91 alumnae in Orangeburg playing for Team 91 New Jersey coaches Rob Grella and Devan Crimi. Among the other boxes checked by the school and its campus, the allure of playing for that coaching staff helped sell Murtha on Dominican.

“I asked the coaches there if they’d be there for the next four years and they said, ‘yes,’ which made me want to go there,” Murtha said. “I liked the smaller school because I like to know where everything else. Dominican is upgrading their facilities and stadium soon, which is really exciting.”

The Chargers are getting a very active defender who’s covered and locked down some high-level offensive players. Murtha, who plans to study exercises and nutritional science, prides herself on her communication and aggressiveness on the defensive end. Those are traits that should endear her to Dominican’s coaching staff and help her find playing time.

“Emily has been a consistent presence on the defensive end for us,” Team 91 coach Erin McNulty said. “She has made a lot of big plays for us in coverage, off the ground and in transition. More importantly, her work ethic sets the tone for everything that she does. We couldn’t be happier for her to end up at a great school like Dominican and can’t wait to see what she can do as a Charger.”

Murtha’s game also really took off after she came over to Team 91 after it merged with the Brookhaven Bandits. The experience not only helped her land at an amazing school like Dominican, but it also helped form relationships and make memories that will last a lifetime.

“Everyone’s a family at Team 91,” Murtha said. “The coaches are positive, make you feel good and always encourage you. They’re always trying to make you better. The drills are fast-paced with high reps and everyone’s always doing something, and that was awesome.”